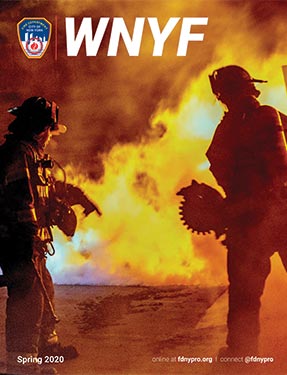 Forcible Entry on the Door from Hell: The Extremes Encountered and Conquered
By Lieutenant Michael N. Ciampo

PHOTO REPORTER
ALL HANDS
DEDICATION TO THE MEMORY OF JACK LERCH, HONORARY CHIEF OF DEPARTMENT
TAKING UP
WNYF, THEN AND NOW
PUBLISHER’S NOTE
IN MEMORIAM