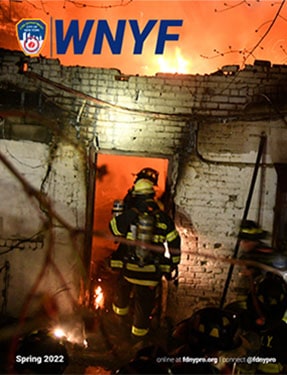 On the Cover: FDNY members accessing the rear entrance of 111-46 Springfield Blvd and converging on the location of Lt. Steve Schuman, who was trapped under a collapsed roof on April 3, 2021 at Queens 4th-Alarm Box 5480. Photo by Lloyd Mitchell

BACK TO BASICS
Gang nails and the engineered lightweight wood truss
By Deputy Assistant Chief Frank A. Leeb

TRICKS OF THE TRADE
The gate lift
By Captain Mike Doda

The apprentice firefighter
By Deputy Assistant Chief Frank A. Leeb